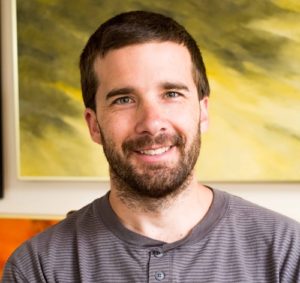 Mitch welcomes back Rick Wayman, CEO of the Foundation for Climate Restoration (F4CR), for a conversation about the twin threats of climate change and nuclear war. Vladimir Putin’s reckless war on Ukraine, which has come with repeated threats to use nuclear weapons, came at a critical juncture in the response to climate change. The 2020s is a make-or-break decade for halting emissions growth and starting on the path toward zero emissions — and this year is considered critical to a collective global response to the climate crisis. But the Ukraine war has many nations scrambling for access to fossil fuels to replace Russian supplies. It couldn’t have come at a worse time. We’ll also check in on progress in the carbon dioxide removal technology, which is the F4CR’s primary focus. Recent UN IPCC reports have emphasized the need to combine carbon reductions with removing the trillion-plus tons of anthropogenic CO2 in the atmosphere.

Before he joined the Foundation for Climate Restoration, Rick led the Nuclear Age Peace Foundation, a nonprofit that has “waged peace” against nuclear threats since 1982. The anti-nuclear movement has been less prominent in public debate since the end of the Cold War when the Soviet Union and its Eastern Block dissolved in 1989. But now Putin is making dangerous threats to use nukes in Ukraine as a response to U.S. and E.U. support for the embattled country. So, what can we do? The lessons of the past combined with insights developed by climate activists may hold the key to unlocking a more peaceful and sustainable world. You can learn more about the Foundation for Climate Restoration at foundationforclimaterestoration.org