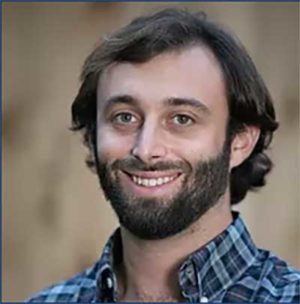 Sam Teicher, co-founder and Chief Reef Officer at Coral Vita, a social enterprise that grows resilient corals on land and transfers them to the sea to restore dying reefs, joins Mitch Ratcliffe to discuss ocean restoration. Check out his recent article, Coral Vita and the Vital Importance of Restoring Coral Reefs, on Earth911. More than half of the world’s coral has died since 1970 — if that doesn’t set alarm bells ringing, consider that a University of California Santa Barbara study published in Nature in August 2020 found that sea-sourced meat is essential to feeding humans in 2050. We must increase sea yields by up to 74% to keep up with demand, but coral reefs are a critical feature of the food chain in the oceans — if they disappear, we cannot meet the dietary needs of humans — the entire ocean ecosystem could collapse. But there are also glimmers of hope, such as a large, healthy reef recently discovered near Tahiti that has not suffered bleaching. And as Sam explains, resort and seafood companies are beginning to recognize the importance of protecting and restoring reefs that are the foundation of their businesses.

Coral Vita’s Grand Bahamas facility is the first to take a social enterprise approach to restoring coral. Sam is building the foundation for an industry that has the potential to bring coral back around the planet while creating good paying jobs that are good for the environment. He previously worked on climate resiliency initiatives for the Obama White House and Global Island Partnership. Sam is also an inaugural Earthshot Prize Winner and a Forbes 30 Under 30 Social Entrepreneur. He also co-authored the United Nations’ Sustainable Development Goal #14: Life Below Water. You can learn more about Coral Vita and adopt a coral at coralvita.co.