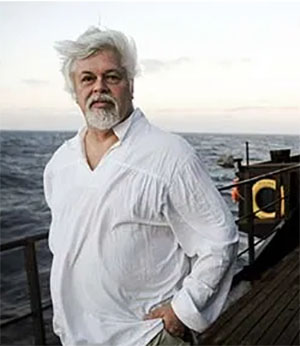 Earth911 Podcast: Captain Paul Watson on Urgent Actions to Save Our Ocean

Captain Paul Watson, founder of the Sea Shepherd Conservation Society, joins Earth911’s Mitch Ratcliffe to talk about his new book, Urgent: Save Our Ocean to Survive Climate Change. He calls on readers to take action to reduce their environmental impact and through protest. A controversial figure in the environmental movement because of his willingness to engage in direct action, Paul argues it is time for humans to change their relationship with nature and rejoin the bigger world they think that they control. Like his career, during which he has participated in direct actions against whalers and other extractive activities, Urgent is a challenge to the reader to look reality in the face. It’s past time to that acknowledge climate change is happening, he says. He shares many ideas about how to take action to end the anthropocentrism that defines humans as the sole measure of value on Earth.

Paul shares his experiences on the seas, including the moment he realized that humanity’s relationship with nature is “grossly and perversely insane.” We discuss environmental stewardship, the obligation to recognize other animals as individuals with value, and the challenge of living in the modern, oil-fueled world without hypocrisy. He suggests that a mindful relationship with nature and one another is the basis for restoring the planet’s ecosystem. You can find his book, Urgent: Save Our Ocean to Survive Climate Change at Amazon and Powell Books.