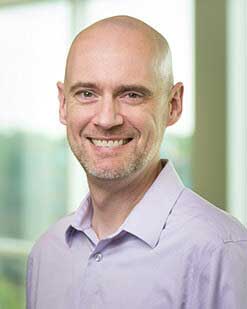 James Crooks, Ph.D., an environmental epidemiologist with National Jewish Health’s Division of Biostatistics and Bioinformatics in Denver, explains his research on the impact of wildfire smoke on the ozone concentrations at ground level in Colorado. Elevated ozone levels contribute to the rising incidence of asthma and diabetes, among other conditions. Dr. Crooks found that while ozone increased only 1% compared to pre-wildfire levels, the impacts are widely felt, especially in Hispanic and historically underserved communities. The advent of annual smoke seasons and rising levels of air pollution globally make this an important conversation. He shares his advice on how to protect family members from air pollution and the prospects for life in a warmer world, when smoke season will be common in many regions.

Smoke season isn’t just unpleasant, it’s killing too many of us. According to a recent study published in the journal The Lancet Planetary Health, air pollution was directly responsible for the death of 4.5 million people around the world in 2019. A McGill University study released in early May reported that people who lived within 31 miles (50 km) of a wildfire over a 10-year period were found to have a 10% higher incidence of brain tumors and 4.9% more lung cancers. You can learn more about Dr. Crooks and National Jewish Health at nationaljewish.org.