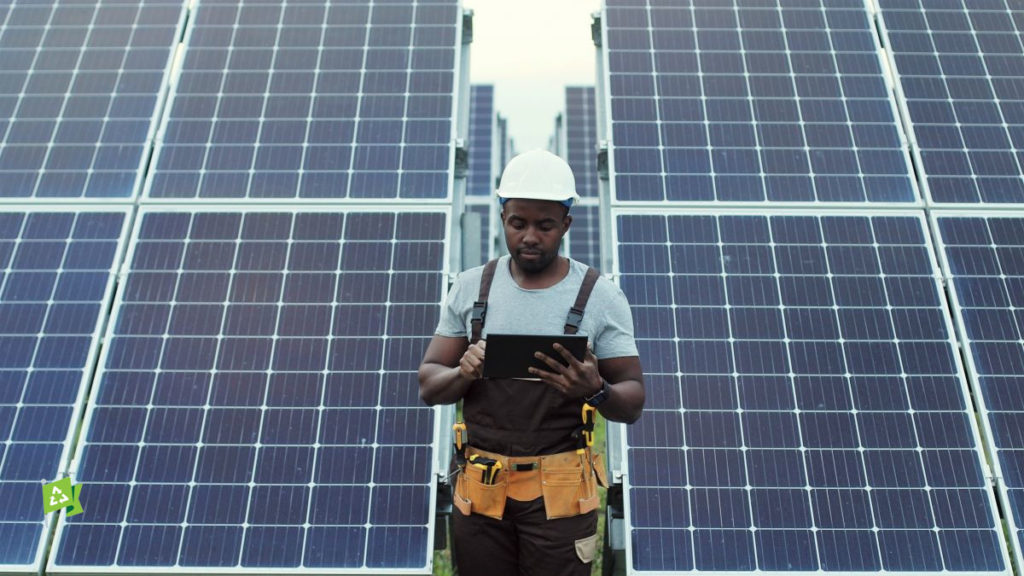 Because we shouldn’t only act for the Earth on April 22, Earth911 is honoring Earth Day’s 52 years of inspiring action with 52 Actions for the Earth. The Earth Day theme this year is investing in the planet. Each week from Earth Day 2022 to Earth Day 2023, we will share an action you can take to invest in the Earth and make your own life more sustainable.

This week, you can invest in the Earth by helping to create a green economy.

Last year, President Biden proposed the Build Back Better Plan. The plan offered a legislative framework to build the foundation of a new green economy that will return the country to pre-pandemic economic prosperity. The plan contained three parts:

The American Jobs Plan would have put the U.S. on course to utilize 100% clean power by 2035; laid the foundation to electrify the nation’s vehicle fleets; and retrofit homes, schools, and buildings to be energy efficient. The plan prioritized equity by targeting 40% of the benefits from green economy infrastructure investments in disadvantaged communities.

Some of the infrastructure spending in the American Jobs Plan was incorporated into the Infrastructure Investment and Jobs Act, which was signed into law on November 15, 2021. Other portions of the American Jobs Plan – such as funding related to climate change and home care – were merged with the American Families Plan to form the Build Back Better Act, which passed the House but was effectively killed by Senator Joe Manchin (D-WV). For those who want to know more about the legislative process surrounding the bill, Vox explored possible paths forward.

A lot of the infrastructure and climate elements from the original plan have been adopted piecemeal through other legislation. But many elements remain unfulfilled, in particular, the climate change provisions. The House COMPETES Act includes many of them. Congress is currently resolving differences between this bill and the Senate’s Innovation and Competition Act.

To take action for the green economy, you can write a letter to your Congressional representatives. Let them know that you supported the American Jobs Plan and want to see a final resolution of the current House and Senate bills that includes provisions for action against climate change and support for the green economy. Encourage your representatives to continue proposing and voting for legislation that supports clean power, lower emissions, and environmental justice.

You can send your letter any way that you like. Congressional office staff record and catalog every communication they receive. So use your best stationery, fire off an email, or use the form on the EarthDay.org website that will autofill your representatives’ contact information based on your mailing address. But do tell your representatives that you want them to work towards a green economy.