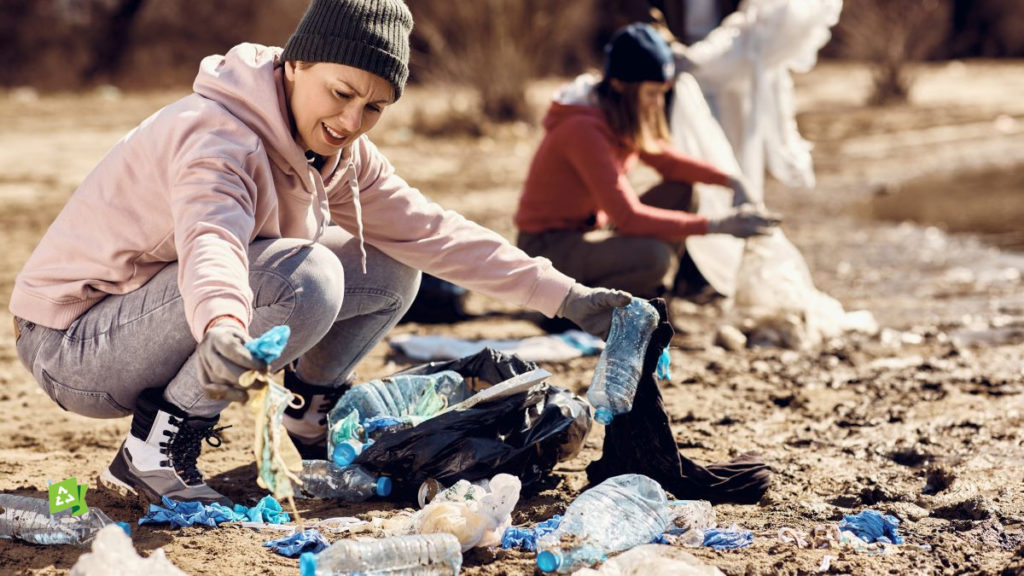 Earth Day is on April 22 but taking action for the planet shouldn’t be restricted to one day. Earth911 is honoring the 52 years of Earth Day with 52 Actions for the Earth. Each week from Earth Day 2022 to Earth Day 2023, we will share an action you can take to invest in the Earth and make your own life more sustainable.

Plastic poses serious environmental problems, and we should all be investing in a post-plastic world. A critical component of this process is breaking free of plastic pollution. This week, you can invest in the Earth with the simple step of picking up plastic.

Plastic is ubiquitous in our lives – from the packaging protecting our vegetables to the fleece sweatshirts on our backs – and it generates pollution throughout its lifecycle. Between 4% and 8% of global oil consumption is related to plastics through fossil fuel extraction and emissions from plastics manufacturing.

At the end of plastic’s lifecycle (which is often limited to a single use), almost none of it is recycled. When plastic is disposed of for incineration, it generates carbon dioxide, the most significant greenhouse gas. In 2016, more than half of the 12 million tons of carbon dioxide released by incinerators in the U.S. came from plastics. Because plastic is not biodegradable, it remains in a landfill indefinitely. But a lot of plastic never makes it to disposal. Instead, it becomes litter, with 8 million tons of plastic entering the oceans each year. There it forms massive garbage gyres and directly harms sea life. Sunlight and heat cause it to release greenhouse gases as it breaks down into microscopic particles that enter the food chain and bioaccumulate.

EarthDay.org’s Great Global Cleanup is a worldwide campaign to remove billions of pieces of trash from neighborhoods, beaches, rivers, lakes, trails, and parks. The program aims to sponsor cleanups every day of the year. Visit the campaign website and scroll down to the map to find a cleanup event near you. If you can’t find an event that works with your schedule, EarthDay.org toolkits help you organize an event of your own.