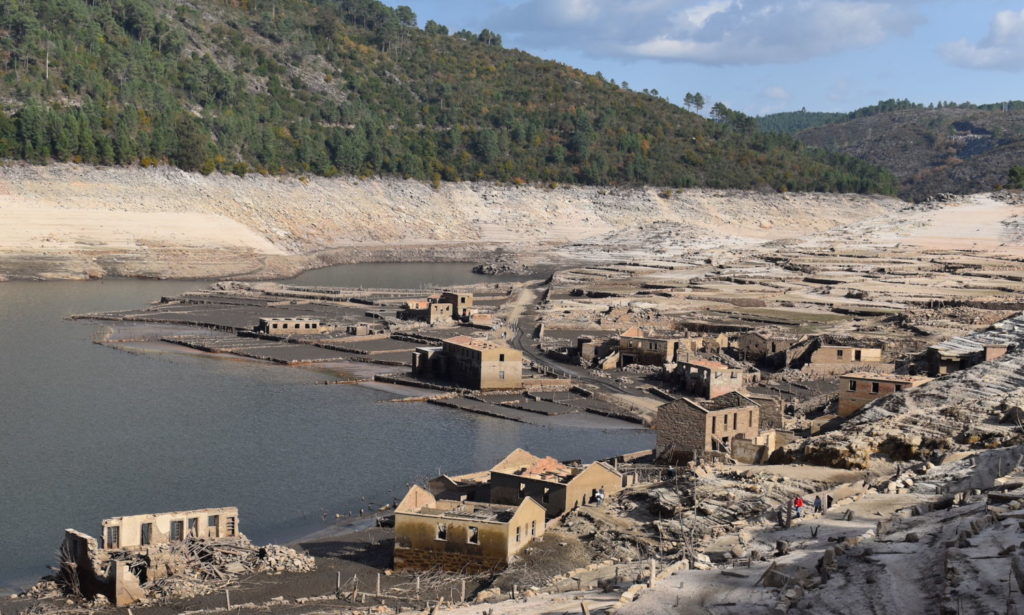 Drought Depletes a Reservoir in Spain, Revealing a Ghost Village

The 1992 opening of the Alto Lindoso Dam on the border of Spain and Portugal flooded the town of Aceredo, Spain. Now, as an ongoing drought drains the reservoir, a ghost village is re-emerging from the receding waters.

The reservoir is currently at 15 percent capacity, low enough to reveal the collapsed roofs, standing brick walls, and other vestiges of the once-flooded town. Tourists are visiting the eerie spectacle, which include a drinking fountain still sending water through a rusty pipe and crates of empty beer bottles arrayed next to a destroyed café, Reuters reports.

Portugal has ordered Alto Lindoso and five other dams to limit water use for generating power and irrigating crops. Some 54 percent of the country is in moderate drought, with 34 percent in severe drought, and 11 percent in extreme drought, according to the Portuguese Institute of Meteorology.

“It’s as if I’m watching a movie — I have a feeling of sadness,” 65-year-old pensioner Maximino Perez Romero, a nearby resident, told Reuters. “My feeling is that this is what will happen over the years due to drought and all that, with climate change.”

As Warming and Drought Increase, A New Case for Ending Big Dams