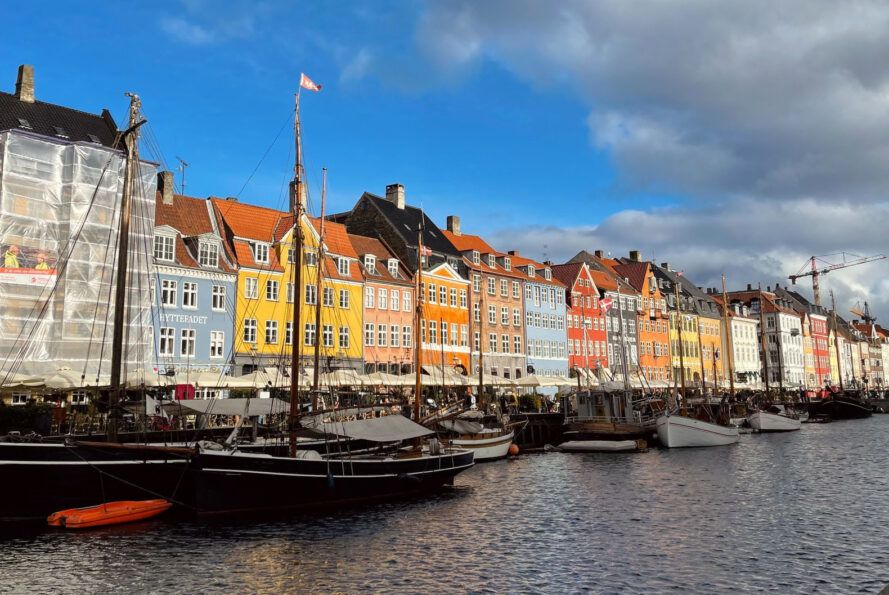 Copenhagen is one of the world’s greenest cities, here’s why

Copenhagen consistently ranks as one of the world’s most sustainable cities. What is Copenhagen doing right that the rest of the world can catch up on?

This beautiful European city is home to a multitude of eco-friendly architecture projects, renewable energy initiatives, urban gardens and more to green the city from the ground up. Here are a few of Copenhagen’s sustainable features.

Everyone bikes in Copenhagen

Like other congested cities designed before the modern car, Copenhagen residents bike everywhere. The city has 700,000 bikes, more than one bike for every car in the city.

Additionally, Copenhagen welcomes bicycle parking structures, bike-friendly design (including this unique bike bridge) and a culture that encourages people to get out and exercise instead of driving. Over 60% of Copenhagen residents bike rather than drive for their commute. Older European cities such as Copenhagen weren’t designed around cars anyway, so bikes are a convenient and practical way to commute on narrow streets.

For those using public transit, the buses in Copenhagen are transitioning from diesel to electric. While you’re on the road, you can stay in any of Copenhagen’s many eco-friendly hotels, recycle your waste in a public vending machine for a deposit and eat organic foods at several city restaurants.

Copenhagen is greening its commercial buildings at an accelerating rate. This means green roofs, renewable energy, passive solar and more. Check out this green-roof timber construction called Marmormolen, a prime example of Copenhagen’s green architecture at its best.

Additionally, a former prison site in Copenhagen is now being used as a mixed-use garden. Such projects show the city’s innovation in urban planning and creating a greener future. Copenhagen also has floating island parks and climate-adaptive parks that catch excess rainfall. You can even ski on top of the city’s waste-to-energy plant, where there is a permanent ski slope created by Bjarke Ingels Group.

Denmark uses wind and solar energy to lower its carbon footprint, but it also uses biomass in its bid toward decarbonization. Project Holmene is another initiative toward a green energy future, in which nine man-made islands will house windmills and waste-to-energy plants. The project could generate over 300,000 MWh. That’s enough energy to power around 40,000 homes for an entire year.

According to Tomorrow City, “Today, more than 30% of Denmark’s energy requirements come from renewables, and it expects to reach 50% by 2030 and achieve energy independence by 2050. A considerable part of this energy sustainability is from biofuels and waste management.”

Copenhagen’s dedication to a sustainable future sets an example for cities around the world. Hopefully, more areas will soon adopt these climate mitigation and adaptation strategies and green their infrastructure and architecture. As Denmark’s greenest city, Copenhagen shows that renewable energy doesn’t mean a compromised quality of life. Clean energy and beautiful design go hand in hand.

Via Tomorrow.City and The Sustainable Living Guide