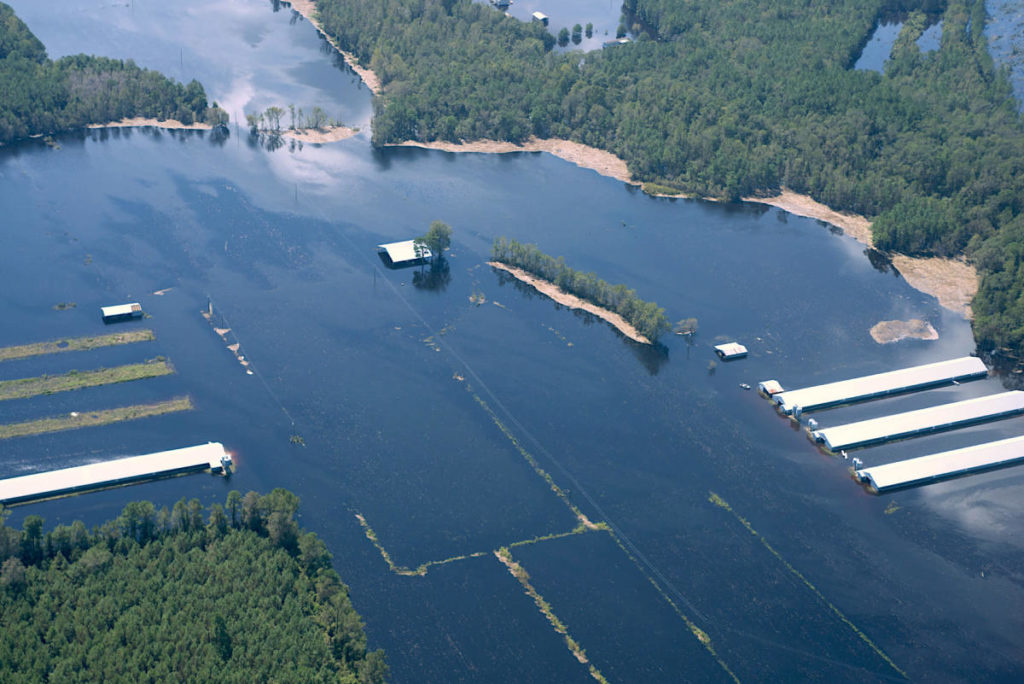 Communities of Color See Spike in Flood-Related Illness After Hurricanes

In the wake of 2016’s Hurricane Matthew and 2018’s Hurricane Florence, North Carolina emergency rooms saw a spike in visits for diarrhea, vomiting, and nausea, with the largest uptick among older Black and Native American patients, according to a new study.

“The issues we saw in terms of difference by race and ethnicity were concerning,” Arbor Quist, lead author of the study and a postdoc at the University of Southern California, told Inside Climate News. “We saw a larger increase amongst Black and American Indian patients, populations that have historically been pushed to less desirable, flood-prone land.”

Researchers compared data on emergency room visits across North Carolina with maps of flooding, finding that reports of gastrointestinal complications surged in areas inundated by hurricanes. The first-of-its-kind study was published in the journal Science of The Total Environment.

Pathogens can spread quickly in floodwaters, potentially contaminating drinking water. In eastern North Carolina, which has higher poverty rates and a larger proportion of people of color, there is the added risk of pollution from hog feedlots, as waste lagoons are prone to overflowing during storms.

“Black residents and Native American residents likely live in closer proximity to some of these sources of bacteria,” Crystal Upperman, vice president of social performance and resilience at the consulting firm AECOM, told Inside Climate News. “This is an additional piece of evidence to showcase the adverse impact that people of color have when it comes to disasters.”

This site uses User Verification plugin to reduce spam. See how your comment data is processed.
Yes! perfect gifts for party? get the perfect gift ideas for party.