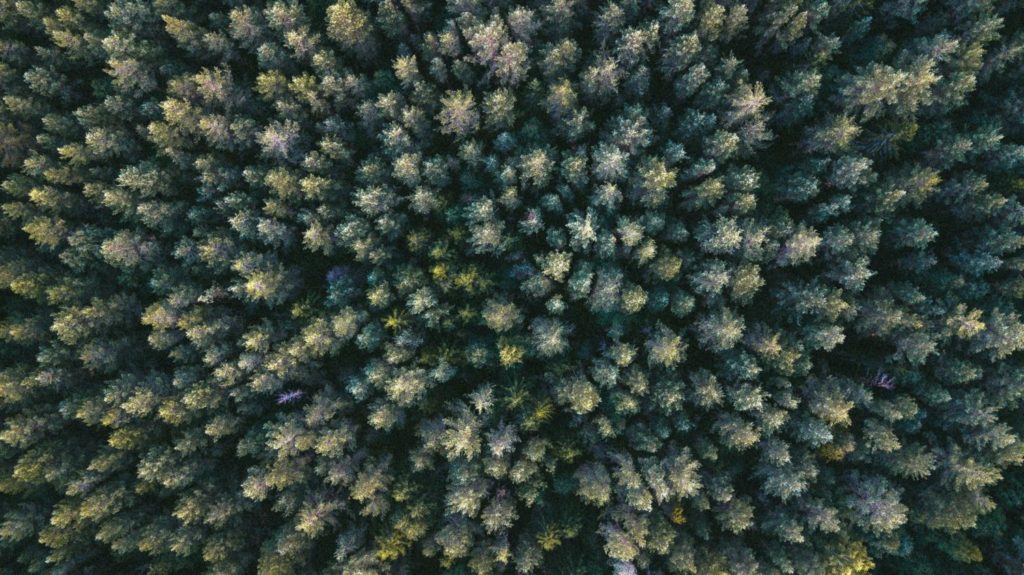 Climate Change Will Limit How Much Carbon Forests Take Up, New Research Shows

The first study, published in the journal Science, challenges thinking that rising carbon dioxide levels will spur forests to grow faster by fueling photosynthesis. A survey of tree ring data in the U.S. and Europe found no link between photosynthesis and growth. However, scientists found, trees were highly sensitive to drought, suggesting that more frequent and severe dry spells expected with climate change will slow forest growth, limiting how much carbon trees take up.

The second study, published in Ecology Letters, finds that rising emissions will lead not only to more intense dry spells, but also to more insects killing drought-afflicted trees, as is happening with bark beetles across the American West. More pernicious than either of these threats, however, is the risk of wildfires, which are expected to grow fourfold by the end of this century if temperatures rise by 3.6 degrees C (6.5 degrees F), the middle climate scenario explored in the study.

Scientists used satellite observations and data collected from tree plots across the U.S. to estimate the risk that wildfires, insects, and drought pose to forests in different emissions scenarios, as shown in the interactive map above. The results suggest that limiting emissions would have a sizable impact on how well forests survive this century and, consequently, how much carbon they absorb.

“Together these studies suggest that the benefits carbon dioxide has for growth won’t be nearly as large as people thought, and the risk of climate stress, particularly wildfire, drought, and insects, will be much larger than people anticipate,” William Anderegg, an ecologist at the University of Utah who was involved in both studies, told The Conversation. “This tells us it’s probably not a great idea to count on forests for a widespread carbon sink through the 21st century, particularly if societies don’t reduce their emissions.”

New research from ETH Zürich underscores the fragility of forests as a carbon sink. Scientists used satellite data from NASA and the European Space Agency to map the height of trees across the globe, finding that tree canopies 30 meters or taller cover only 5 percent of land. While these areas tend to store the most carbon, only 34 percent of such forests are on protected lands.