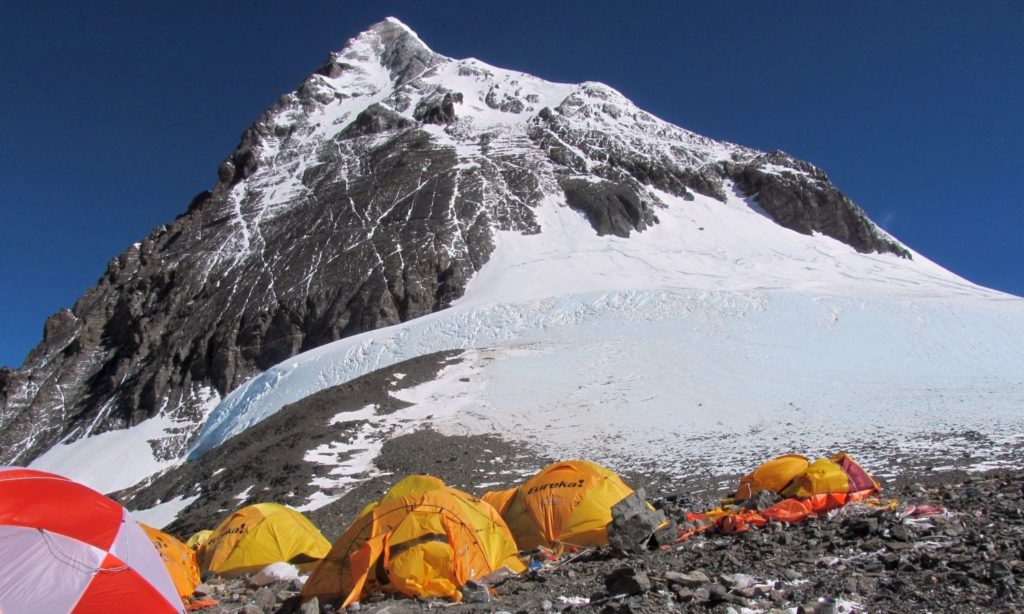 Climate Change Has Reached the Top of Mount Everest, Thinning Its Highest Glacier

The highest glacier on the tallest mountain on Earth is rapidly retreating as temperatures rise, according to new research that underscores the scale and reach of human-caused climate change.

The South Col Glacier atop Mount Everest was once covered in snow, which reflected the sun’s light and insulated the mass of ice underneath. But the loss of snow in recent decades has left the ice exposed, leading to rapid thinning.

Scientists analyzed a 10-meter-long ice core gathered from the glacier, as well as data from weather stations, satellite images, and other records. They determined that, since the 1990s, the South Col glacier has shrunk by half, and its ice mass has thinned by an estimated 55 meters (180 feet). Warmer temperatures, lower humidity, and more severe winds have fueled the decline, researchers said. The findings were published in the journal Climate and Atmospheric Science.

“Our study points to the critical balance afforded by snow-covered surfaces and the potential for loss throughout high mountain glacier systems as snow cover is depleted,” authors write. “Everest’s highest glacier has served as a sentinel for this delicate balance and has demonstrated that even the roof of the Earth is impacted by anthropogenic source warming.”

The loss of the South Col Glacier is an ominous sign for the more than 200 million people who depend on meltwater from glaciers in the high mountains of Asia. It is also highlights the challenges that will face future expeditions to Mount Everest, as melting causes more avalanches, and climbers accustomed to digging into ice and snow are left to scale more exposed bedrock.

As the study notes, “Climate predictions for the Himalaya all suggest continued warming and continued glacier mass loss.”