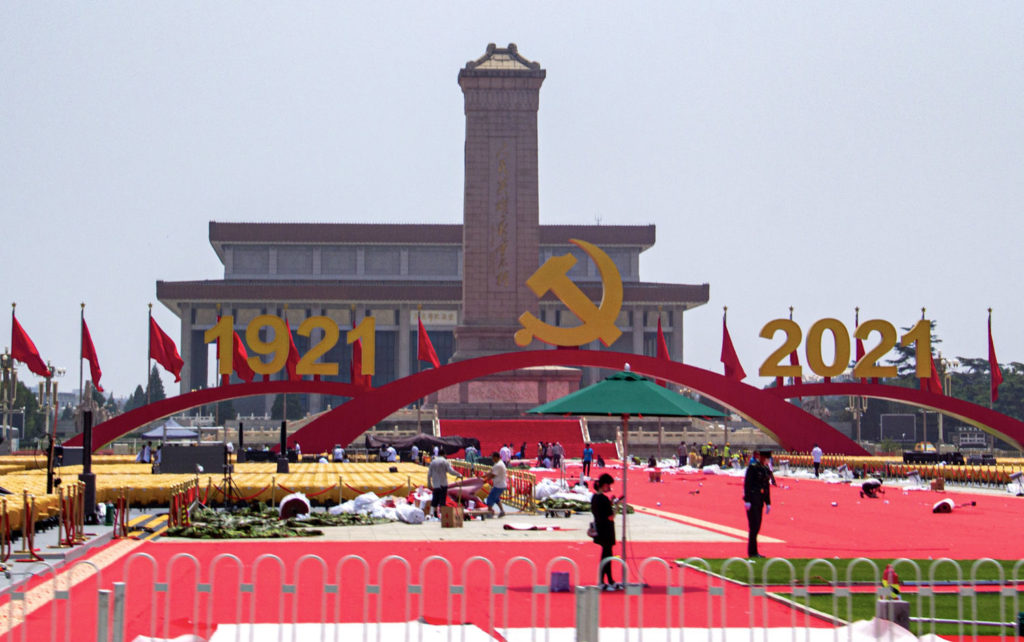 China used cloud seeding to generate rain and clear pollution ahead of the Communist Party’s July 1 centenary celebration in Beijing, according to a new study.

In the days leading up to the event, officials shut down factories and halted cargo trucks in and around Beijing to minimize pollution, but stagnant winds did little to clear skies, the South China Morning Post reported. To improve air quality, the government undertook a two-hour cloud seeding operation the night before the centenary, according to the study.

In the mountains to the southwest of the city, people reported seeing rockets, which are used to distribute silver iodide, a compound that causes ice crystals to form in the atmosphere, promoting precipitation. “It was very loud, like thunder — and it went on for a very, very long time,” one resident told the South China Morning Post. “Then the rain came down, it was quite heavy.”

The artificial rain reduced particulate pollution by more than two-thirds, according to the paper. The findings were published in the Chinese journal Environmental Science.

China is undertaking a large, coordinated cloud seeding operation in arid western regions such as Xinjiang and Tibet. The government aims to track when humid air, blown in from the Indian Ocean, crosses over the Himalayas, so it can use cloud seeding to control when and where it rains, researchers told the South China Morning Post.

Cloud seeding has gained traction in the parched American West, where state governments are deploying the technology in an effort to bulk up mountain snowpack. Officials in Colorado say that, if used regularly, cloud seeding could produce 8 percent more snow over the course of the winter, helping to offset the impact of warming-fueled drought.

“The only way to add water to the system is through cloud seeding,” Andrew Rickert, cloud seeding program manager at the Colorado Water Conservation Board, told The Washington Post. “I do think it’s gaining support because of the dire straits we’re in with regards to drought.”

As It Looks to Go Green, China Keeps a Tight Lid on Dissent