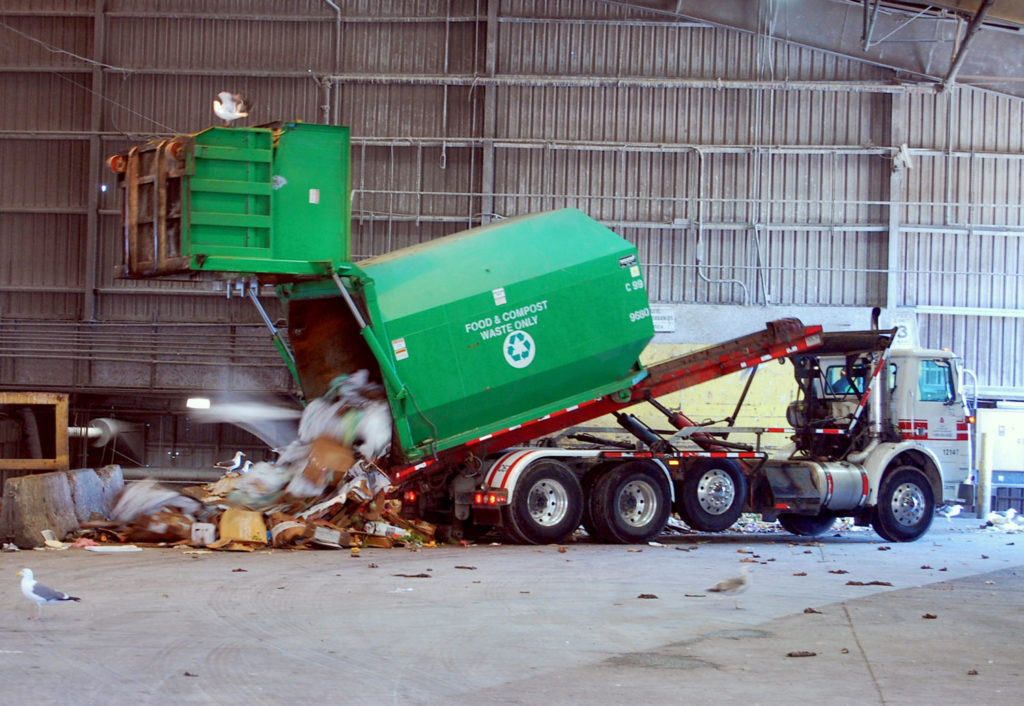 Seeking to cut down on methane pollution from organic waste, California is launching a statewide food waste recycling program in January, the largest such initiative in the United States, the Los Angeles Times reported.

When microbes break down potato peels, coffee grounds, grass clippings, and other organic waste, they generate methane as a byproduct. Methane is a potent greenhouse gas, trapping around 80 times more heat than carbon dioxide, though staying in the atmosphere for only around a decade. Curbing methane pollution is key to limiting warming in the short term.

In California, food and yard waste account for around a fifth of statewide methane emissions. Under the new recycling program, most Californians will be required to deposit food waste in green bins rather than into trash cans. Cities will either compost organic waste, turning it into fertilizer, or they will harvest methane from rotting waste to burn it to generate power.

“This is the biggest change to trash since recycling started in the 1980s,” Rachel Wagoner, director of the California Department of Resources Recycling and Recovery, told the Associated Press.

The new program will help the state abide by a 2016 law requiring California to cut organic waste in landfills by 75 percent by 2025. As part of that effort, grocery stores will also be required to donate unsold, edible food to food banks rather than throwing it away.

This site uses User Verification plugin to reduce spam. See how your comment data is processed.
Along with it, i will also share my mushroom sauce. With new technologies coming into the world every day, telehealth has proven to be one of the most useful ones. De bedste action oplevelse tilbud i ringsted.