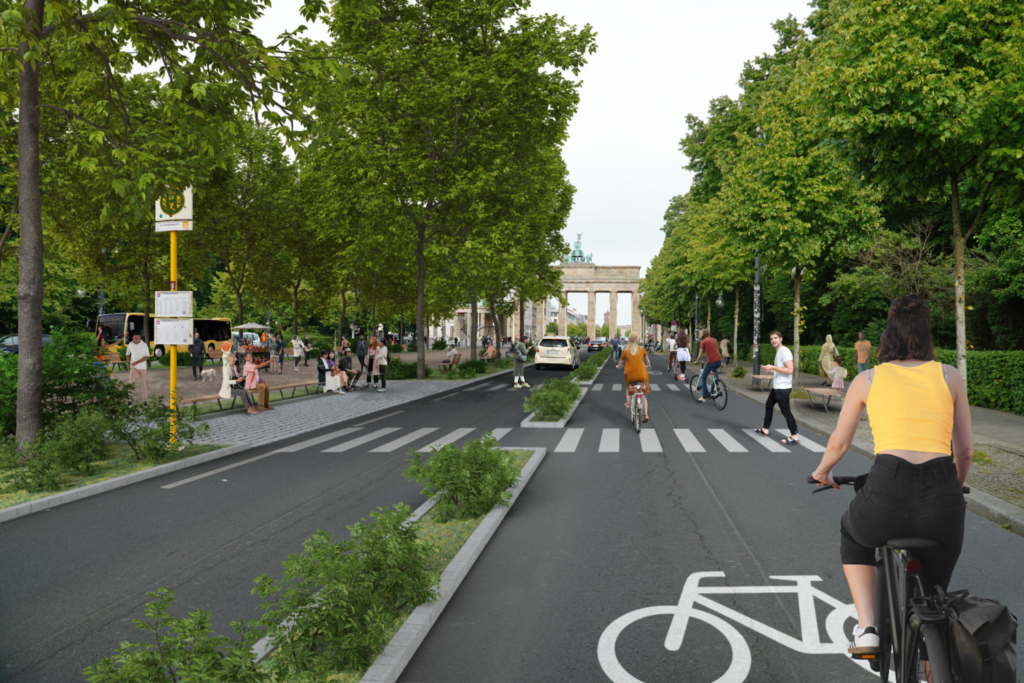 Berlin’s regional parliament is considering creating a car-free zone in the German capital in response to a concerted push from a local advocacy group. The car ban would apply to the space ringed by the S-Bahn train line, which circles the city center, an area larger than Manhattan.

Volksentscheid Berlin Autofrei, or People’s Decision for Auto-Free Berlin, the group behind the measure, was started in 2019 by a group of friends who worked with pro bono lawyers to draft a new law that would restrict vehicle use to trucks, taxis, emergency vehicles, and limited car-sharing programs. The group then collected 50,000 signatures in support of the measure, forcing the Berlin Senate to take up the issue next month, Fast Company reported.

In Berlin, ample bike lines, regular trains, and a robust networks of public buse make getting around without a car more manageable than in many other major cities. Cars account for just 17 percent of trips within the S-Bahn ring, according to a 2014 report commissioned by the Berlin Senate.

Nevertheless, in the city center, cars still crowd roads and parking spaces, trends highlighted by campaigners in renderings showing how Berlin roads look today and how they might appear without cars.

“My biggest takeaway from Berlin, and Europe in general over the United States, is just that they have realized that this is not just a revolution toward electric vehicles, but toward the removal of vehicles in general,” Nik Kaestner, a part of the Autofrei group and an American expat now living in Berlin, told Fast Company. “If you want to have an environmentally friendly, future-focused city that has cleaner air and more livable spaces for its citizens,” he said, “then you have to rip the Band-Aid off, so to speak.”

In Drive to Cut Emissions, Germany Confronts Its Car Culture

This site uses User Verification plugin to reduce spam. See how your comment data is processed.
Mixture with your finger, then push from top to bottom to form the kebab. The enterprise technology research survey shows that in 2021 the percentage of jobs from homers would potentially double. Action oplevelse i höganäs? se de bedste action oplevelser i höganäs.