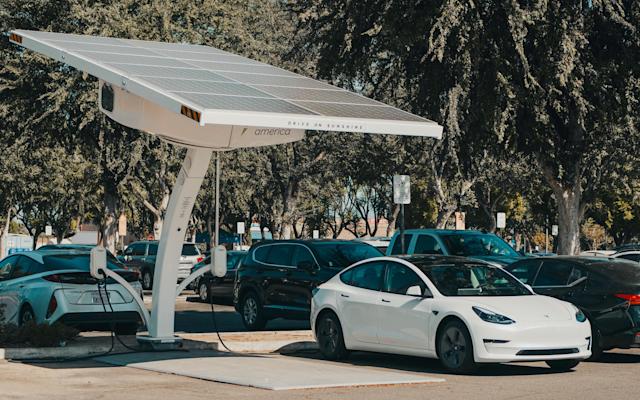 Sales of electric cars are surging in the U.S. and Britain, a reflection of growing interest in plug-in vehicles and a response to high gas prices, analysts say. And as EV sales boom, automakers are backing the Biden administration’s new, more stringent fuel standards.

This trend was even more pronounced in the U.K., where automakers sold more electric cars in the month of March than they did in all of 2019, despite overall March car sales hitting their lowest point in 24 years. The growth of electric cars comes as oil prices soar, owing to problems in the supply chain and sanctions on Russia, a major oil producer, over its invasion of Ukraine.

“There was already massive growth in this segment and, if anything, the demand for vehicles is now even stronger as prices at the pumps rise on the back of the Ukraine crisis,” Ian Plummer, a director at car sales website AutoTrader, told The Guardian.

As EV sales rise, automakers are backing more stringent fuel standards recently announced by the EPA, Reuters reported. Texas and 15 other states are suing to block the new regulations, which call for a 28 percent cut in vehicle emissions by 2026. But the Alliance for Automotive Innovation, which represents nearly every major automaker, has sided with the EPA, saying in a court filing that it wants to make sure “critical regulatory provisions supporting electric vehicle technology are maintained.”