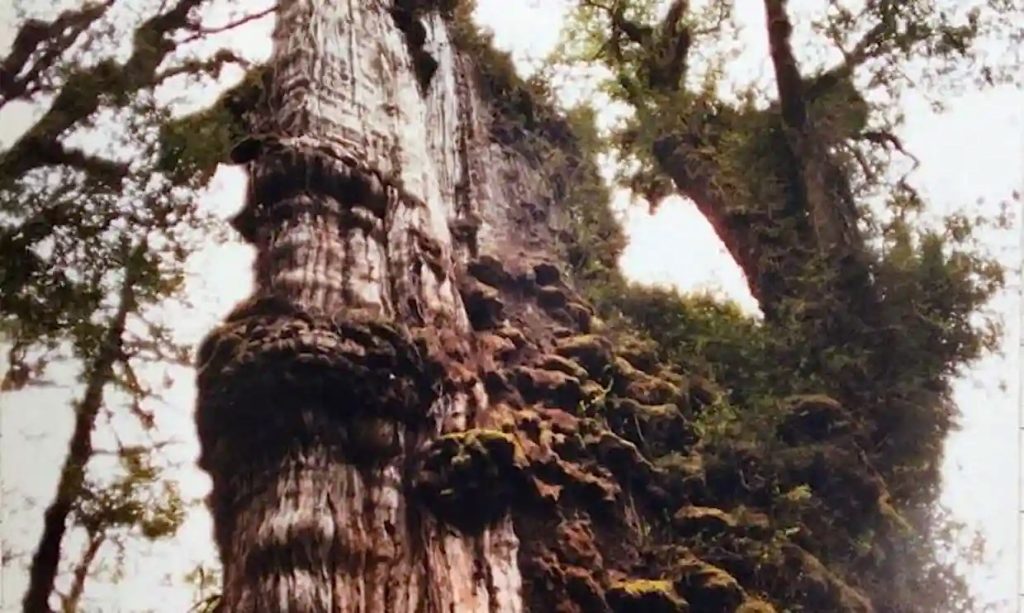 Ancient Tree in Chile Could Be World’s Oldest, Scientists Say

An ancient cypress in southern Chile could be more than 5,000 years old, making it the world’s most aged tree, new research finds.

Known as “Great Grandfather,” the endangered alerce tree lies in a ravine in Alerce Costero National Park. Scientists estimated its age using computer models based on data gathered from a sample.

“This method tells us that 80 percent of all possible growth trajectories give us an age of this living tree greater than 5,000 years,” Jonathan Barichivich, an ecologist at the Climate and Environmental Sciences Laboratory in Paris, told Reuters. “There is only a 20 percent chance that the tree is younger.”

The findings suggest that the tree is older than the current record-holder, Methuselah, a 4,853-year-old bristlecone pine in the White Mountains of California. Barichivich, who led the research on Great Grandfather, said the tree could be as much as 5,484 years old.

Some scientists are skeptical of the findings, as they are based on computer modeling and have yet to be published in a peer-reviewed journal. “The only way to truly determine the age of a tree is by dendrochronologically counting the rings and that requires all rings being present or accounted for,” Ed Cook, a founding director of the Tree Ring Laboratory at Columbia University, told Science in an email.

Great Grandfather is in a precarious position, with visitors to Alerce Costero National Park often stepping on its roots and or taking pieces of its bark, Barichivich said. Drier conditions are also stressing the tree. Noting the impacts of climate change, Barichivich told Reuters that he hoped people could “think for a fraction of a second about what it means to live 5,000 years.”

Why Keeping Mature Forests Intact Is Key to the Climate Fight