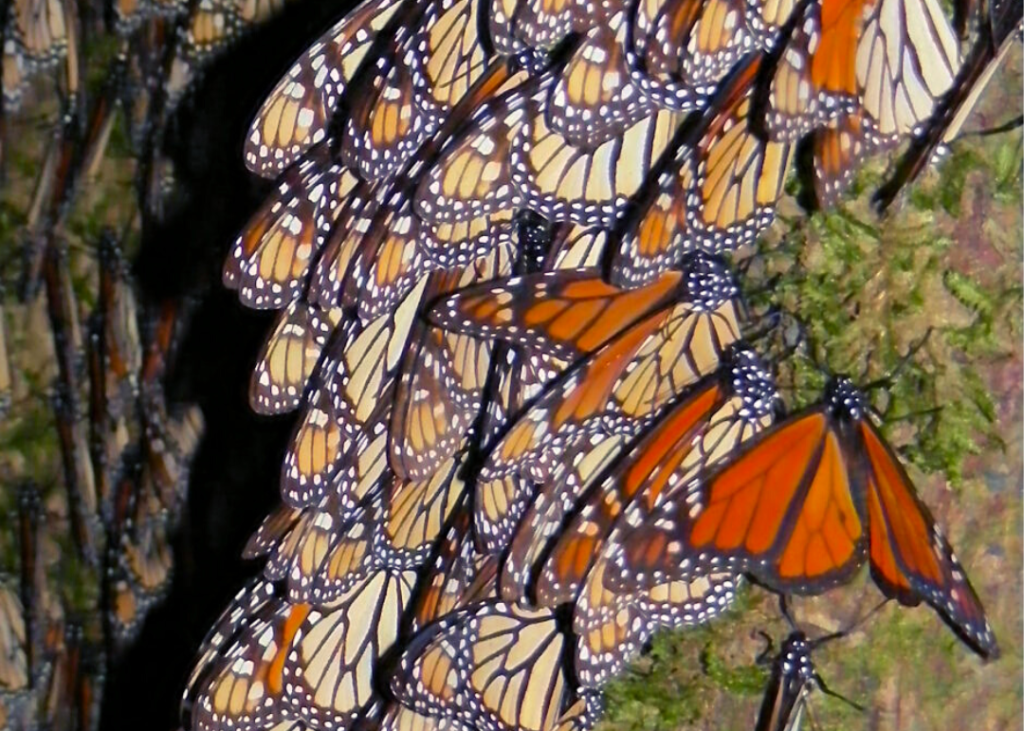 Eastern monarch butterflies covered 35 percent more ground in the mountain forests of central Mexico this past winter than they did the year before, according to a survey from the World Wildlife Fund.

Every spring, monarchs leave their winter home in Mexico to migrate to the U.S. and Canada to breed. Four generations will be born and die before they return the following winter to huddle together in the Monarch Butterfly Biosphere Reserve northwest of Mexico City. The butterflies covered 7 acres at their wintering grounds in December 2021, up from 5 acres in 2020, and well above their all-time low of 1.6 acres in 2013.

Eastern monarchs were in steady decline through the late 1990s and early 200s, owing to a lack of milkweed in their summer breeding grounds, logging in their wintering grounds, and climate change. A wide-ranging effort to plant more milkweed in the U.S. and Canada has helped buoy their numbers over the last decade. Despite their rebound, however, monarchs are still markedly more scarce than they were in mid-1990s, when they covered nearly 45 acres in Mexico.

“The increase in monarch butterflies is good news and indicates that we should continue working to maintain and reinforce conservation measures by Mexico, the United States, and Canada,” said Jorge Rickards, general manager of World Wildlife Fund Mexico. “Monarchs are important pollinators, and their migratory journey helps promote greater diversity of flowering plants, which benefits other species in natural ecosystems and contributes to the production of food for human consumption.”

How Non-Native Plants Are Contributing to a Global Insect Decline