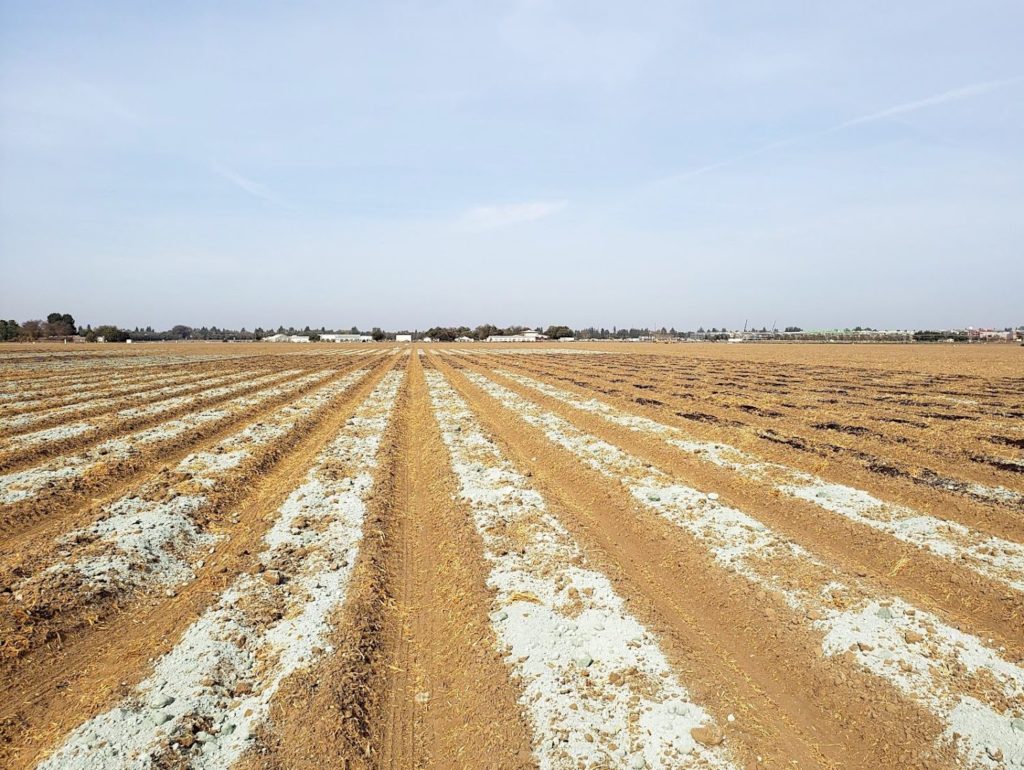 To meet its climate goals, Britain must not only cut emissions, but also scrub carbon dioxide from the atmosphere. A new study finds that rock dust sprinkled on farmland could supply nearly half of the needed carbon removal.

Rocks react with water and carbon dioxide to trap carbon in the ground. By adding basalt rock dust to crop fields in a process known as enhanced weathering, the UK could remove up to 30 million metric tons of carbon dioxide yearly by 2050, providing 45 percent of the carbon removal needed for Britain to reach net-zero emissions, according to the study. The findings were published in the journal Nature Geoscience.

While the UK’s Committee on Climate Change omitted enhanced weathering from its latest net-zero report, owing to a lack of research on the subject, the new study demonstrates that rock dust is a viable option for drawing down carbon emissions.

Enhanced weathering would be less costly than other carbon removal technologies, such as direct air capture, which involves using large machines to remove carbon dioxide from the atmosphere and bury it underground, researchers say. Adding rock dust to farmland would also make soils less acidic, thereby boosting yields, while curbing the need for fertilizer, benefits that could help win the support of UK farmers.

“Meeting our net-zero targets will need widespread changes to the way UK agriculture and land is managed,” said Nick Pidgeon, director of the Understanding Risk Group at Cardiff University and co-author of the study. “For this transformation to succeed we will need to fully engage rural communities and farmers in this important journey.”