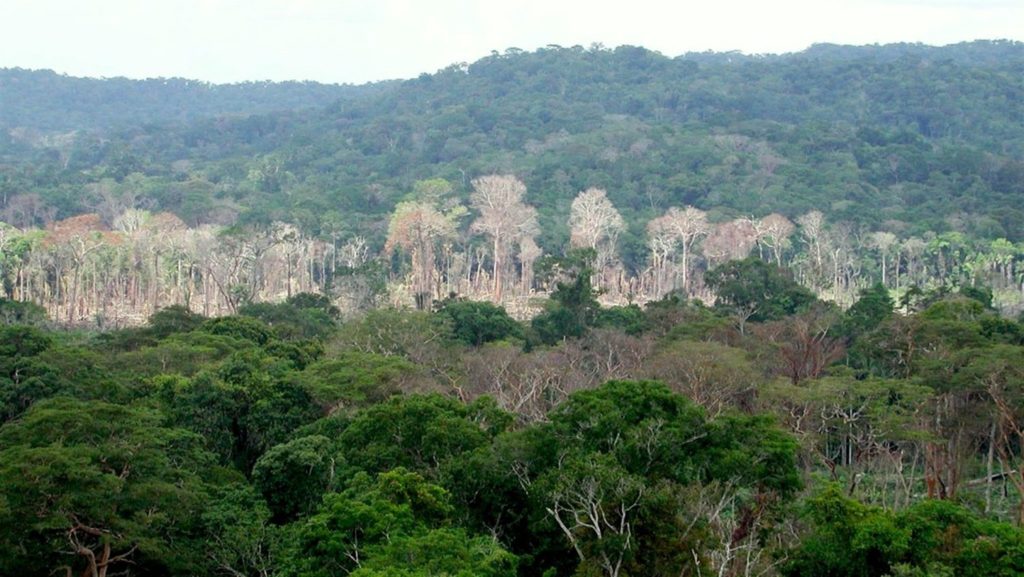 A Series of Droughts Has Weakened the Amazon’s Resilience, Study Finds

Three droughts over the past two decades have affected the Amazon’s ability to bounce back after severe dry spells, reducing the vast rainforest’s capacity to absorb carbon dioxide, according to a new study by Brazilian and Portuguese researchers.

Mongabay reports that in regions of the Amazon hit by extreme drought in 2005, 2010, and 2015, the rainforest took from one to three years to return to its normal rates of growth. The scientists, whose study was published in the journal Global Biogeochemical Cycles, measured the Amazon’s post-drought recovery rate by looking at the productivity of its vegetation.

The study found that the rainforest’s ability to absorb carbon dioxide from the atmosphere and produce oxygen was 13 percent lower than levels before the drought or in areas unaffected by drought.

“We see that in 2005, 2010, and 2015, there was an increase in the deficit in the forest’s resilience,” said lead author Fauso Machado-Silva, a biologist at Fluminense Federal University. “The more intense and ample the drought, the greater the debt for the forest to recover.”

Mongabay reported that the study’s findings underline growing concerns that in a warmer world, in which rainforests like the Amazon are battered by drought, the vast region — key to the world’s global carbon cycle — could switch from being a massive carbon sink to a carbon source.

Will Deforestation and Warming Push the Amazon to a Tipping Point?

This site uses User Verification plugin to reduce spam. See how your comment data is processed.
Rania. Never again annoy your customers with cookie claims, and passing your customers personal informations to google analytics. Limited photos to make podcast that is appealing highly.