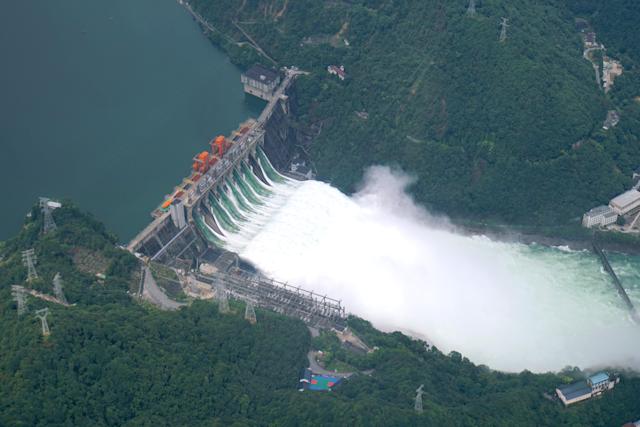 A new online tool reveals how more than 200 planned dams worldwide will alter river temperatures, potentially rendering waters too hot or too cold for native fish.

“Somebody can just plug in the size of a dam, and then they can know, ‘If my dam is this big and this wide and has this massive capacity, it will cause thermal change of this much range,’” Shahryar Ahmad, a NASA hydrologist and lead author of the study, told The Washington Post.

Scientists analyzed the impact of 100 existing dams to create a machine learning tool that would predict how much 216 planned dams will alter temperatures downstream. The study found that, in the summertime, around 73 percent of dams will cool downstream waters, with temperatures dropping by as much 11.9 degrees F (6.6 degrees C). In the winter, the trend reverses, with most dams warming rivers by as much as 3.6 degrees F (2 degrees C). The findings were published in the journal Earth’s Future.

Changes in water temperature can pose a serious threat to native fish. The Xin’anjiang and Danjiangkou dams in China, for instance, have cooled downstream waters by as much as 10.8 degrees F (6 degrees C), causing fish to delay spawning by up to eight weeks. Temperature changes led to the extinction of Macrura reevesii, a prized fish in the Qiantang River. New dam projects across the globe pose a similar threat.

“The Congo, Amazon, and Mekong basins are going to have a large number of dams, and that is inevitable,” Ahmad told the Post. “We don’t want to repeat the same mistakes, or at least some of the disadvantages, that we are seeing from the dams that have been built over the past century.”

As Warming and Drought Increase, A New Case for Ending Big Dams