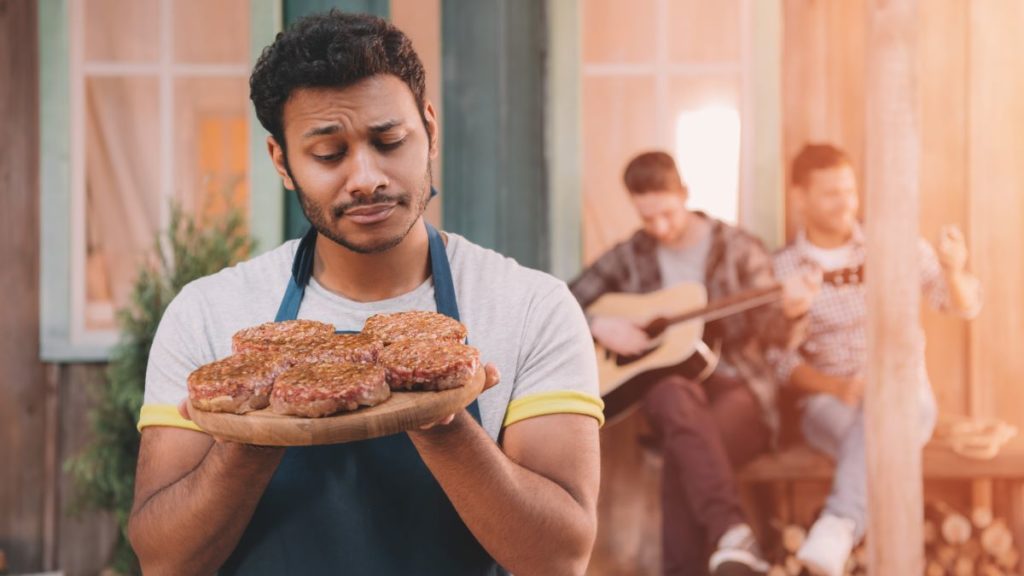 Americans eat as much meat as ever, preparing beef and chicken at home at least four nights a week. Yet consuming less meat is one of the best ways to reduce the environmental impacts of our food, commonly known as our foodprint. And while adopting a vegetarian diet is one approach, some people may find this choice extreme or overwhelming.

But are you aware of other reduced-meat movements, like reducetarian, demitarian, and flexitarian? Any of these options can help you reduce the amount of meat you eat at a pace that feels more comfortable than giving up meat outright.

What Is a Reducetarian Diet?

If you’re at the beginning of your journey to reduce the amount of animal protein you consume, a reducetarian diet might be a good choice.

Movement founder Brian Kateman coined the term as a way to carve out a space for people who want to “go at their own speed […] instead of diving headfirst into plant-based eating.” With a reducetarian diet, “the act of trying is encouraged,” which means the diet is not dietarily or morally restrictive.

“Anyone making small, positive changes to their diet is a reducetarian, and that’s something we should celebrate,” Kateman says.

Because reducetarians naturally go at their own pace, the climate or carbon impact is unclear and depends on individual commitment. That said, regular reducetarian choices make a difference; for example, choosing a soy- or pea-based burger can mean as much as 87% less water, 96% less land, and 89% fewer greenhouse gas (GHG) emissions than a beef burger.

What Is a Demitarian Diet?

If you’ve been regularly looking for plant-based alternatives, you might already be a demitarian even if you didn’t know about this label before.

If you’re looking to cut down on your consumption of the most carbon-intensive meats, some choices result in more carbon impact than others. Cattle raised for beef create by far the most GHGs at 59 kilograms of CO2-eq per kilogram of beef — roughly, 130 kilograms of CO2-eq per pound. This is over two times the carbon footprint of the next most carbon-intensive meats, lamb and mutton. These are followed closely by dairy cows, which means eating less cheese is also a foodprint-friendly choice. Farmed shrimp and fish as well as poultry also have a significant carbon footprint, but it is much lower than that of the ruminants.

A 2014 UK study found that the average vegetarian diet’s carbon footprint was roughly half that of a “high-meat” diet. Assuming demitarians choose to cut higher-carbon animal protein sources, this diet can help you shave off around a quarter of your food’s carbon footprint. Consider quality plant-based proteins like tempeh, chickpeas, and best of all, the humble but mighty ⁠— and quite climate-friendly — peanut.

What Is a Flexitarian Diet?

A flexitarian is a person with a primarily vegetarian or vegan diet who also occasionally eats meat, fish, and dairy. Flexitarians, as the prefix suggests, are “flexible” in their approach and may make exceptions for occasional dietary or cultural reasons (like health needs or travel).

We might compare flexitarianism to the inverse of “Meatless Monday”; instead of going without meat one day a week, a flexitarian might consume animal protein once a week. This diet can also help people who want to transition to a vegetarian diet avoid the pitfalls of going full-force, and then finding it difficult to maintain.

If vegetarians can expect to reduce their CO2 emissions by 3% to 30%, flexitarians should expect slightly smaller carbon savings, but significantly more than what demitarian and reducetarian diets save.

That said, dairy products, especially cheese, are also carbon-intensive due to emissions from dairy cow farming. Of course, how much you are able to reduce your dietary GHG emissions is individual and depends on how flexibly you consume.

Today, up to 30% of Americans currently follow some iteration of a flexitarian diet, including a lot of famous flexitarians. If down-to-earth is more your style, take a note from this self-identifying “bad vegetarian” (who might indeed consider themselves a flexitarian).

There’s No Single Way to Reduce Your Foodprint

Whether you aim for flexitarian, demitarian, reducetarian, or something in between, all are meaningful ways to “fight climate change with diet change,” as the Earth Day Network puts it. You don’t have to choose a label, but how you identify may help clarify your goals for consuming less meat.

We encourage you to choose the right path for you; that is, one that you can commit to without guilt. With easy options like Meatless Mondays (or meatless breakfast and lunch) and the growing range of plant-based meat alternatives and vegan recipes, we can each find our own path to a more sustainable diet.

For bonus points, shop from local producers to ensure that the carbon impact from shipping your food doesn’t offset your efforts.