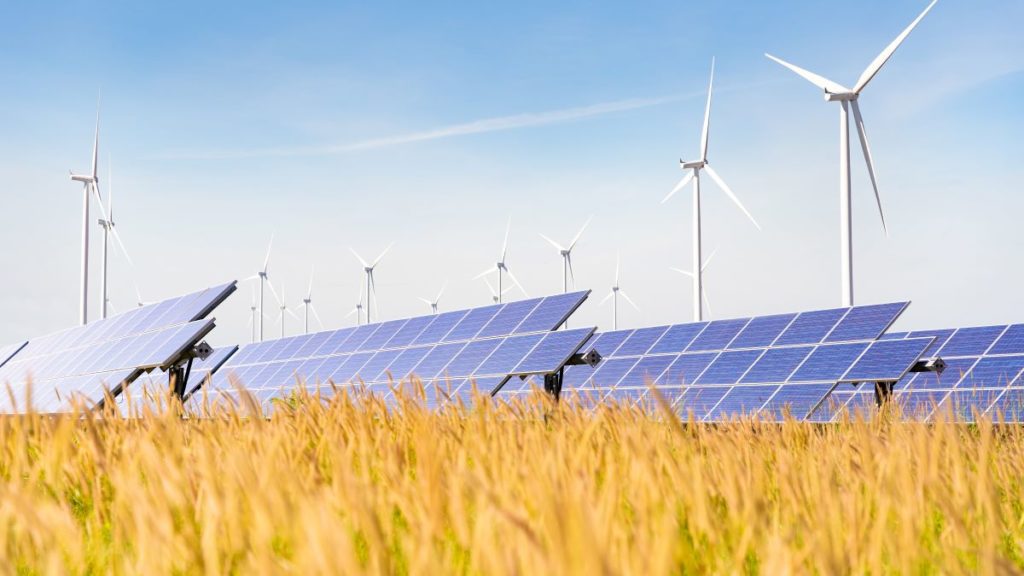 Despite setbacks from the pandemic, renewable energy deployment is increasing. The Inflation Reduction Act extends renewable energy tax credits and helps remove barriers for low-income households to use clean energy. Although supply chain shortages have created hurdles across the energy industry, 2023 has the potential to be a promising year for the transition to clean energy. Let’s examine the forces at play for renewables in 2023.

The price of oil, natural gas, and coal has been rising, and quite erratic, partly due to the Russian invasion of Ukraine. A natural gas shortage has temporarily spiked interest in coal, causing prices to soar last March and then rise and dip repeatedly since. Although some markets are using more coal during natural gas shortages, a return to coal power is counterproductive for mitigating the climate crisis.

An increase in natural gas and coal prices impacts our electricity rates because so much electricity in the U.S. is produced from fossil fuels. Last year, 22% of electricity was generated from coal and 38% from natural gas. As a result of higher gas and coal prices, the average cost of electricity has increased by around 8% from 2021 to 2022, according to estimates from the Energy Information Administration. However, the transition to renewable energy requires investments and a few years to bring utility-scale projects online.

“Russia’s invasion of Ukraine is prompting a wholesale reorientation of global energy trade, leaving Russia with a much-diminished position,” according to a report by the International Energy Agency (IEA). To help shield consumers from rising prices, many governments are “accelerating the flow of new renewables projects.”

Although wind and solar energy have become cost-competitive with other energy sources?, the increase in coal and natural gas costs makes solar and wind power? more cost-effective than fossil fuels in most cases. According to BloombergNEF, “New onshore wind now costs about $46 per megawatt-hour, while large-scale solar plants cost $45 per megawatt-hour. In comparison, new coal-fired plants cost $74 per MWh, while gas plants are $81 per MWh.”

Also, as the cost of electricity increases, installing a rooftop solar energy system becomes more cost-effective, and solar panels pay for themselves in savings more quickly.

These batteries could eventually overtake lithium-ion (Li-ion) batteries, using a solid electrolyte instead of a liquid or gel found in current Li-ion batteries. They have a higher energy density, so they are more compact. Also, they don’t require the cooling and control components that Li-ion batteries do, so they have a smaller footprint and lower weight. This feature is essential for electric vehicles but also helpful for stationary battery energy storage systems.

“Solar PV homeowners will love our solid-state energy storage systems because they offer superior performance and are non-explosive, non-flammable, non-toxic, and 100% recyclable,” said Damir Perge, CEO and co-founder of Ampricity. The company plans to start manufacturing solid-state batteries for residential and commercial use in its U.S. factory by 2024.

Researchers from MIT recently announced that they created an aluminum-sulfur battery, which they say can be deployed for a fraction of the price of Li-ion batteries, are safer, and are recyclable. Although they aren’t ready for widescale production, this development shows that battery technology is advancing.

Innovative approaches to solar energy are becoming more common. An increasing number of states have policies that encourage community solar farms, which allow subscribers to enjoy many of the benefits of solar energy without installing solar panels on their properties. This makes solar energy more feasible for renters, low to moderate-income households, multifamily unit dwellers, and people with shaded roofs.

Some of the best states for community solar are Colorado, Illinois, Maine, Maryland, Massachusetts, Minnesota, New Jersey, New York, and Rhode Island. However, Hawaii, New Mexico, and Virginia have recently passed laws supporting community solar, so these markets are likely to heat up.

However, as solar and wind farms become more prevalent, some communities oppose them for various reasons. Adding dual-use features such as food production can help overcome concerns while providing additional benefits.

The state of the global energy industry will be in a state of flux in 2023 due to fluctuating supplies and shifting demand. However, as technology matures, the capabilities of renewable energy technologies and energy storage are also advancing.